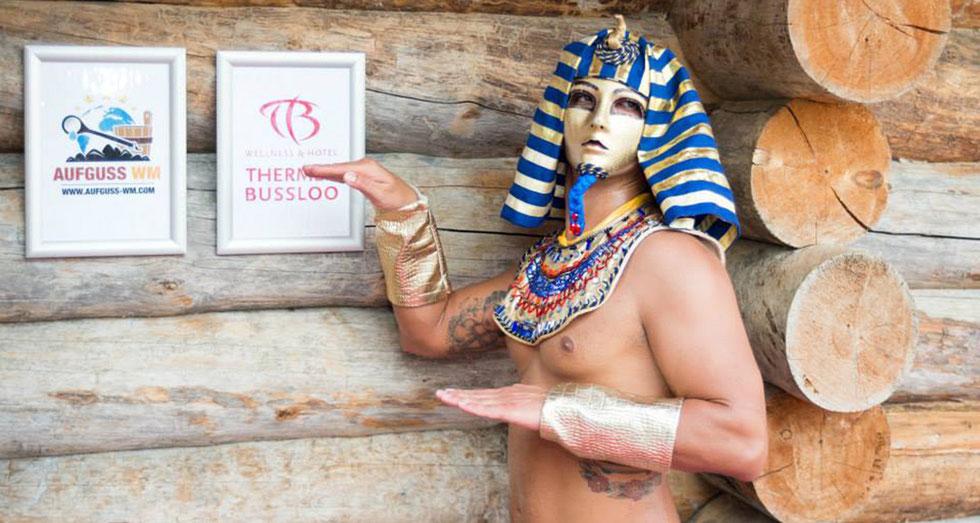 The Aufguss Show is the more theatrical version of the ritual. Over the years it has carved out an important space in the wellness sector and today it is highly appreciated by guests of the centers, especially for the exclusivity and exceptional nature of the occasions on which it is presented. In fact, in the daily management of a center, Aufguss more oriented towards relaxation are usually preferred. The aufguss show is to be preferred on special occasions, such as: events, championships or – sometimes – in special niches dedicated to the throwing program.

In the organization of events, a theme to be developed is often indicated, while at the Italian and World Championships, where the show component is one of the parameters of judgment in the judges’ vote, it is the Aufgussmeister who decides the theme and around it, builds his own Aufguss-Show, with the use of advanced ventilation techniques, music, lights, stage costumes and scenographic accessories and essential oils often linked to the theme itself.
These are real theatrical performances, concentrated in 12/15 minutes, where the synthesis capacity of the Aufgussmeister is developed, in bringing musicals, films, stories taken from books or originals to the “stage”, making guests understand the theme and the development of the same during the duration of the Aufguss, with a limited use of the word except in the initial presentation of the Aufguss, all conveyed therefore by the philosophy of “non-verbal communication”.

How did the idea for an Aufguss Show that lead to a competition come about?

I am a fan of adventure films and books, my inspiration comes mainly from that world.

The first choice is: take a story already written to the sauna or write one that is more or less new.

Fortunately, I am not lacking in imagination and as soon as I find myself thinking about a theme, the thought is deciding which path can lead to the best result. Already at this stage the goal you are aiming for must be clear, infinite stories can be told, few manage to hit.

Once you have chosen the theme, how do you start development?

In the development of the theme my attention at the beginning turns to the writing of the presentation.

It is the beginning of everything, it is a fundamental part to win over the public and the jury, the risk is to start off on the wrong foot.

To give you an example, I remember the rapt looks of people at my entrance in “The Return of Tutankhamun”, the costumes and the change of the same during the Aufguss played a decisive role, as vice versa the equally “lost” faces in the presentation of the “Guinness World Record Aufguss”, where the public has become an active and integral part of the Aufguss.

The presentation can be composed of a series of inputs that then leave wide interpretation to the public or it can be a short summary of the story that will be proposed later.

In this phase it is important to take into account, when the competition is international, that in addition to the mother tongue you will also have to exhibit in English, so a good knowledge and command of English certainly helps in involving and letting the public enter alive of the Aufguss.

With my approach to the Aufguss Show, it is important that the story can be understood without too many introductory words.

How long does the preparation take?

If the goal is ambitious, the preparation of the Aufguss becomes really challenging.

In 2012, at Cron4 in Brunico (BZ), it was my first participation in a world championship and we were about fifteen of Aufgussmeister. Today the competitions around the world involve a circus of almost a hundred people, the challenge has therefore become more selective and stimulating.

Consider that to mix the fifteen tracks that made up the soundtrack of “The Return of Tutankhamun” it took about thirty hours and in my opinion the music of an Aufguss, if perfect, can really involve and influence the public and jury.

Have you ever had to make changes during construction?

During the final phase of the 2014 Aufguss-WM World Championship in Bussloo Holland, with “The Return of Tutankhamun”, to try the “all for all” knowing that I was one step away from victory, I upset the Aufguss for as regards the ventilation technique and the relationship with the public.

I didn’t manage to get where I wanted, but I am still fully satisfied with the response I had from the public and colleagues at the exit, and in any case a second place in a World Championship always remains a good memory.

Tell us about the emotions you felt during the preparation and then during the execution of this Aufguss Show:

During the preparation, my thoughts always went to what the final result would be, since during the construction, I could think of new details or details in the costumes (thanks mom Misa) or in the set-up and I imagined the face of the audience surprised by this or that special effect.

It was precisely at the 2014 World Championships in Bussloo, that I made an important personal growth, going from literally shaking with shaking before and entering the sauna, to being completely calm and happy to be able to show guests , friends and colleagues, the result of months of work.

I was sure I would leave a mark regardless of where on the leaderboard. 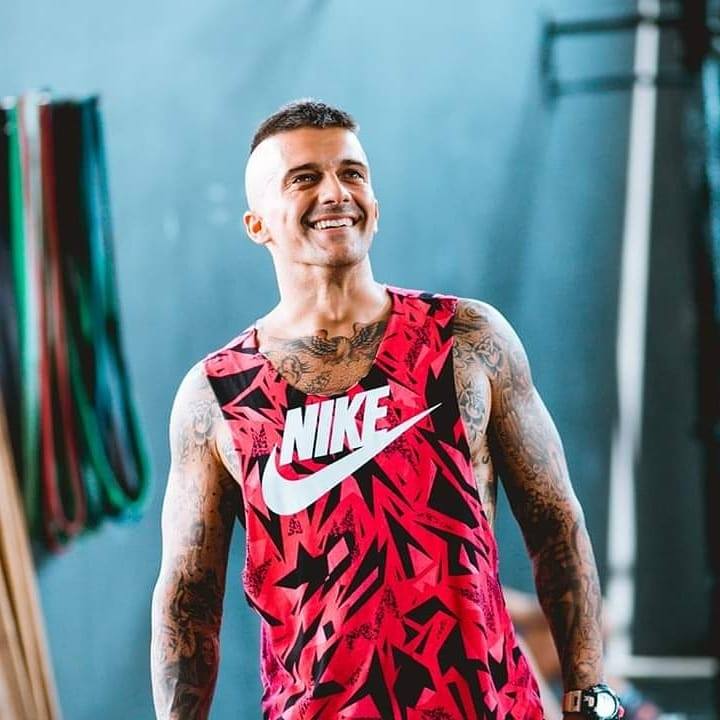