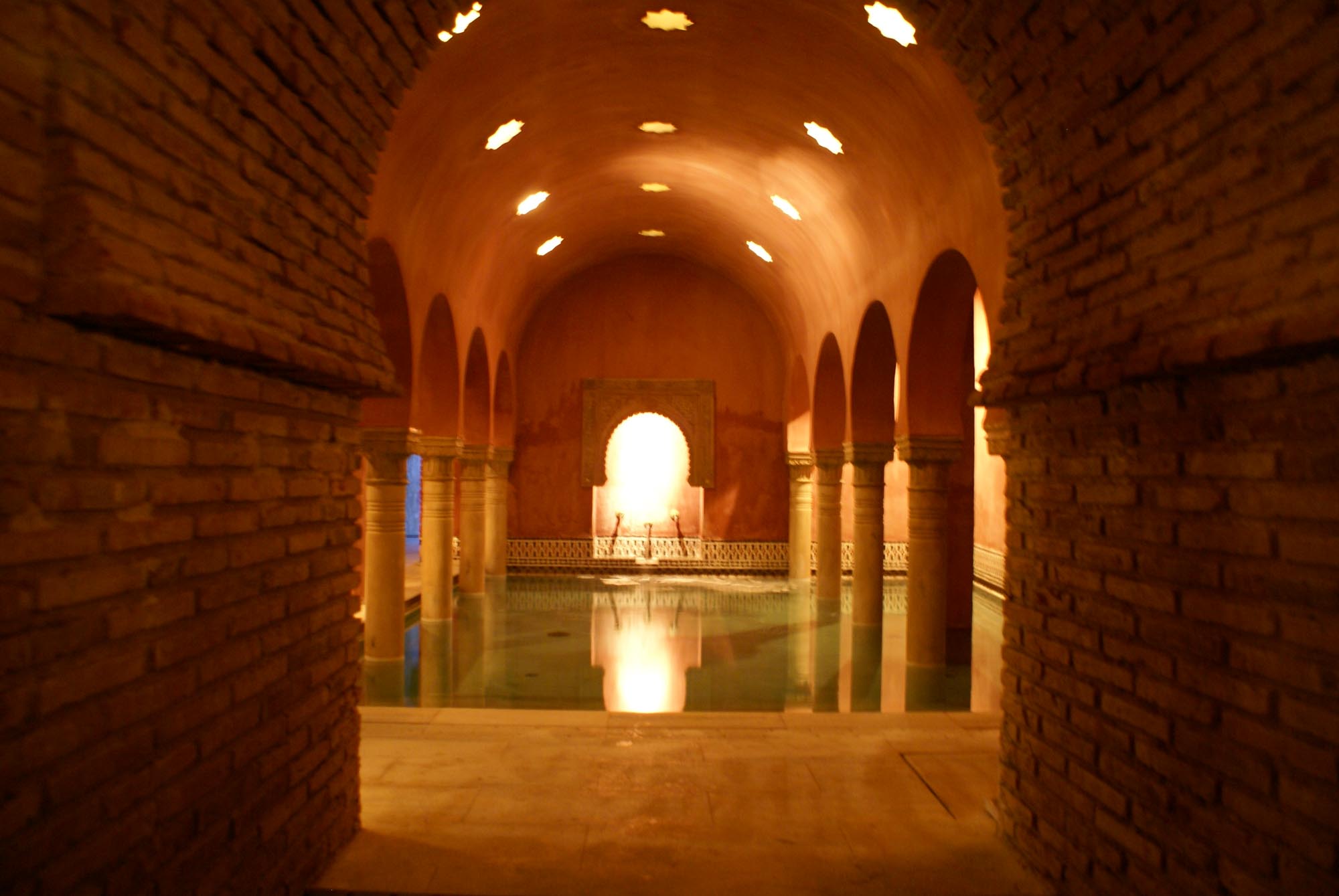 Hammam and Turkish Bath are closely linked to the history and culture of the Greek-Roman and the spread and importance of the “Baths”. In fact, during the expansion of the Roman Empire, in all the conquered territories around the Mediterranean basin, were built thermal facilities with the same structural characteristics of those present in Rome and throughout Italy. We can say that hammams represent their evolution and improvement, with a considerable enhancement in the use of space and the great enrichment of ingredients with the possibility of ranging in body treatments and wellness, as well as an adaptation to the needs and social and local habits.

In fact, when the Roman Empire declined, the indigenous peoples recovered and renovated these complexes, making them more akin to their culture, and introduced important peculiarities in the continuous evolution towards what today are the modern spas (constant change of water and introduction of the first real rituals and protocols).

Hammams and Turkish baths have the same basic structural configuration and are composed, in addition to the “changing rooms”, of three main rooms: a tepidarium, a calidarium and a frigidarium, as well as small niches with benches or tables for massage and savonage or the characteristic hexagons/ottagons for the scenographic foaming.

The facilities located throughout North Africa and Arab countries differed from those found in Turkey, Eastern Europe and the Middle East mainly in terms of the ingredients used and the type of rituals.

In fact, when talking about a Turkish bath, the image that comes to mind is that of the purification and cleansing process with the beautiful, pleasant and spectacular foaming of Aleppo Soap and the amazing massages with precious and nourishing oils to restore radiance, tone and elasticity to the skin.

In Maghrebi countries, the hammam has had a social role of great importance because, for a long time, it was the only point of meeting, exchange and sharing for women (in addition to the mosque and the souk). The word itself, in Arabic, means to warm, source of heat.

Generally located near the mosque and the bakery, it has always been the point of reference for the purification of the body, through simple ablutions (before prayer) or even paths that unfold throughout the day.

The entrance is timed by different times or is distinguished by separate spaces for men and women. Thus, men are opened in the morning for the first regenerating baths and the ritual of shaving. The afternoon becomes the realm of wellness and place of worship of the beauty of the female universe.

The ingredients, the symbols, the legends, the succession of gestures and the scanning of the ceremony are lost in the mists of time, handed down from mother to daughter, never lost, and still extremely modern. As well as all the noble and natural elements used and the world of fragrances and colors that bring us back to the most luxuriant and lush gardens of the East and the charm of the Silk Road.

Many ingredients are linked to Persian and Phoenician history, others were found in ancient Egyptian tombs, but it is certainly thanks to the love, sensitivity and strong link with the elements of nature by Maghrebi women if the first recipes were made to free the skin from dead cells and impurities, and to nourish it with masks and precious oils. Everyone brought what they had in their kitchen and thanks to the joy, sharing and desire to take care of each other, were selected over time the most effective remedies to ensure, gently, the qualities of a healthy skin, young and compact. Honey (food of the gods), royal jelly, sesame, clays, butters and oils (the precious argan, now widespread and well known, also called green gold), henna

(plant of Paradise), nigella (universal panacea), … but also the essence of flowers such as rose, orange blossom, jasmine, ylang-ylang, tiare, …

Since then, the steam bath, although beneficial in itself at the muscular and respiratory level and with an obvious relaxing action, has never been separated from its innate rituals. Every aspect of the journey has a reason.

The planet is covered by about 70% water, our body is made up of 70% water, we live our first nine months immersed in water. Water is an element of life, to which we are strongly connected.

In a hammam a special synergy is created between elements and, in particular, between water and fire. Two elements that usually cancel each other out and here, instead, are transformed into steam. Yin and yang, male and female, water and fire. Magic of the hammam, magic of vapors. The benefits are immediate, on a bodily and physical, mental and ethereal level. An optimal environment and the best conditions are created so that the skin gets rid of its impurities first, and can nourish itself in depth afterwards.

In this journey every room has its own reason, every temperature and humidity, every ingredient, every gesture. There is a delicate detachment from routine and daily rhythms, a preparation, a climax and a slow return. Finding oneself and the pleasure of one’s own skin, each time a rebirth.

So, if in the tepidarium the temperature and humidity are pleasant, you stay a long time, socialize, make masks and poultices, wraps, sometimes even massages, in the calidarium (also known as the room of silence) the person holds the black soap, which is a preparatory ingredient to the purification of the skin, relaxes, abandons wrapped by the heat and saturation of the air. It releases tension and stiffness, the airways open, and in this muffled environment, in the lightness of the vapors, one finds oneself, as if by magic. The slow movement of mists and effluvia, without even really perceiving it and without any kind of distraction (thanks to the silence and the absence of other types of movement), distances thoughts, frees us from heaviness, and regenerates us, at a deep level, body, mind and spirit.

Now, after an abundant ablution, the spa therapist can start the “treatment” phase, taking care of us by performing a scrub with the typical kassa glove that removes all dead cells and oxidation, giving us a new breath and a new skin. And then continue with a good nourishment thanks to a massage or specific treatments (masks and poultices, for example) to regain hydration, tone and elasticity.

Too often we forget that the skin is an organ, the largest we have, and that it needs noble elements that can nourish it in a healthy and functional way.

Also in this, the world of the hammam brings us back to a more authentic contact with ourselves, since beauty is less tied to prefixed aesthetic canons and instead enhances the uniqueness of the person, who becomes freer to express what he or she really is.

The traditional hammam ritual provides, therefore, a deep purification with black soap and kassa (the glove is always strictly personal), a mask on the face and body with rassoul, and good hydration with the application and massage of fine oils such as argan or rich shea butter.

This basic course, recommended at least every change of season, can be alternated with other treatments with different ingredients and specific ceremonies for the well-being of hands, feet, back, face, body, hair, ….

A hammam, if artfully constructed, allows the management of free paths, guided, or accompanied by a therapist, ensuring privacy and savoring the pleasure of sharing, in paths related to history that bring us into a spa experience much more global and complete. The customer has the opportunity to learn about a new, and at the same time ancient, way of taking care of himself, and to have contact with the operators of the spa since his entrance, to be followed in his journey of well-being, with greater confidence. The structure has the opportunity to enhance its spaces by creating an all-round experience (also in the management of costs and revenues).

The purification of the skin given by the hammam ritual is not replicable with any type of scrub and is a wonderful experience and feeling that makes us feel good in our skin, also enhancing any type of treatment or massage, as a natural culmination of a break dedicated to ourselves.

“… and the city will not be truly perfect except the day it has its own hammam” – Sherazade from “The Thousand and One Nights”. 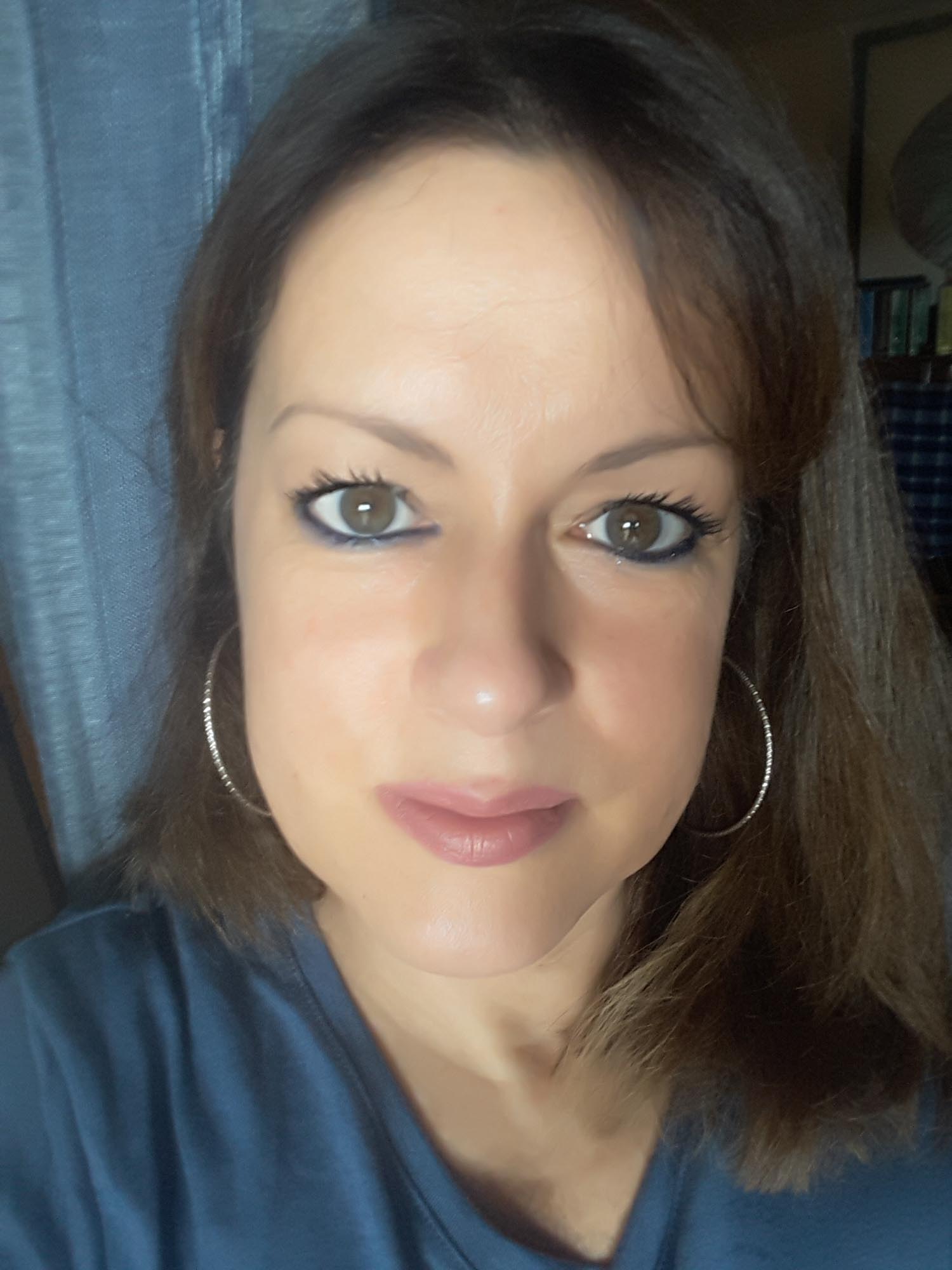