Aufguss Scrub in the Turkish Bath 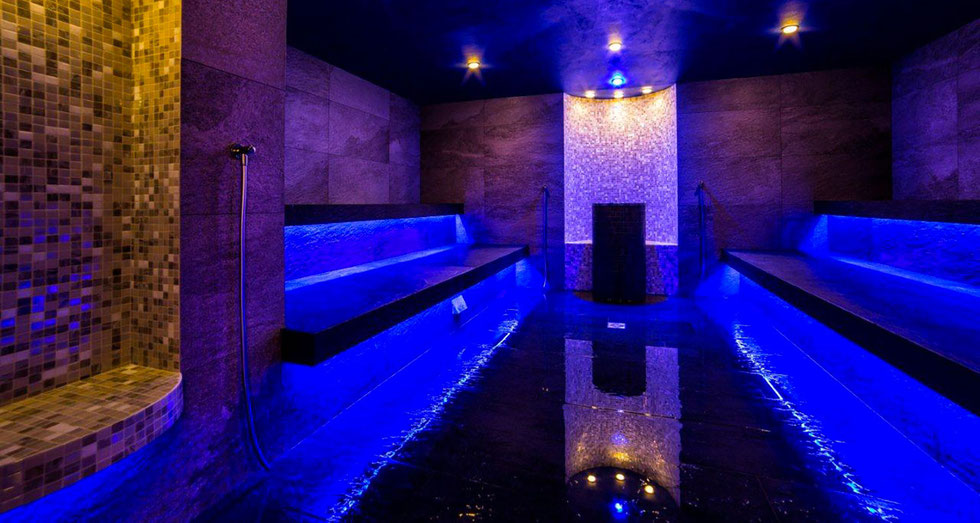 Aufguss and steam baths, an association that until recently seemed to remain second-rate compared to waving in a dry sauna, where the flowers of expert masters managed essences and ice, almost snubbing the so-called “steam rooms. “. Then, all of a sudden, the damp lighting …

Steam has always been a good companion for well-being, understood as “well-being”, both mental and physical. The steam room differs from the dry sauna for the temperature reached (50 ° at the level of the head and 20 ° at the level of the feet), and for the humidity that reigns here (90-95%). If the sense of claustrophobia as soon as you enter due to the cloud of steam in front of you is certainly something that many report as a difficulty to be overcome, the feeling of being in a less hot environment than a Finnish sauna makes it preferable by many. , especially by people with high blood pressure problems or vascular problems in the lower limbs.

Analyzing the event from a physiological point of view, the skin of the person who uses the steam delivered, entering a Turkish bath, finds itself in contact with hot air with the presence of a higher percentage of water than it.

A first reaction to this condition is an immediate formation of a film of humidity on the skin, which brings heat to the body and causes the pores to open, with consequent perspiration and sweating of the subject.

The action, therefore, is very similar to a dry sauna, but the fact of being in a less hot environment often causes a tendency to remain there for a longer time than it, making this habit worthy of very specific precautions that we will go after to analyze.

There are several benefits to the organs, from the habit of using the Turkish bath: perspiration and sweating (with the elimination of toxins and the stimulation of cell renewal, especially if associated with a peeling), makes the skin more hydrated, elastic and soft; the vascular system benefits from the gymnastics of the vessel walls thanks to vasodilation (due to heat), counteracted by vasoconstriction due to subsequent cooling; the cardiac muscle walls reacting to the thermal variations to which the body is subjected, are stimulated to a diversified work in heart rate and blood thrust capacity, an activity that strengthens them and helps them to support, subsequently, a sporting work that the person could carry out. The benefit to the respiratory tract appears intuitive, which thanks to the heat and high humidity, sees an improvement in breathing thanks to the fluidification of the mucus present, as happens with a real aerosol. Then all the organs responsible for the purification of the organism (kidneys and liver), find benefit in working in a condition that, subjected to series of steam bath sessions, improves and integrates the natural ability to eliminate toxins, making this habit optimal. for those who report problems with constipation, nephritis or liver failure.

Citing the beneficial effects that the frequency of a steam bath entails, we cannot fail to mention the precautions that this habit requires, first of all that of not starting a session if you are on a full stomach, better to take light foods with a great energy action – Moisturizing one hour before maximum, accompanied by rehydration after exposure to the steam bath and the application on the body of a balancing or moisturizing cream, especially if you have undergone a skin purification or soaping session. Furthermore, it should always be remembered that before and after positioning them on the internal benches of the steam room, it is customary to rinse them abundantly with the hand shower always present, even if you had to use protective sheets, which are often found in some centers.

The time spent inside the humid room, in addition to varying according to personal and physiological endurance, is generally indicated as a maximum of 15 – 18 minutes, better if anticipated by a shower or a foot bath at a temperature of 36/38 ° C, and then followed by a gradual cooling (especially essential in those with pressure problems), first simply by staying in the less hot external environments; then applying fresh water following the direction of the natural blood flow, ie starting from the right lower limb and then left from the ankles to the buttocks, continuing in the upper limb in the same order, from the wrists to the shoulders; finally refreshing the trapezius area and going down to the buttocks, always in the dorsal body area. It then passes into the anterior area of ​​the body, following the same operations instead starting from the left, and at the end of the limbs, descending from the trapezius towards the abdominal area where it will end with a spiral movement from left to right.

As for the possible treatments that can be carried out inside the Turkish bath, they range from body and face scrubs (based on oils and smoothing products of saline and non-saline origin), to real masks that benefit from the openness skin pores and the temperature to which they are exposed, and therefore count on a greater possibility of action due to an increased absorption from superficial hyperemia, due to the temperature and patency of the skin pores.

These treatments, performed by an expert Meister, make the Turkish bath a place of great attraction and possibilities, which however require careful knowledge and management of heat, steam, and products to be applied; all aspects that we will go into in the future to dissect and analyze, in order to make the Spas more and more places of safety and well-being in the complete sense, where a sauna Master will be perfectly able to accompany customers on a specific path, to discover the different environments, of the most natural and optimal healing methods, of one’s body and mind.

Warnings: Anyone who prepares and / or applies a cosmetic product on the skin must comply with the following regulations:

Contact the referent for Aufguss Scrub in the Turkish Bath 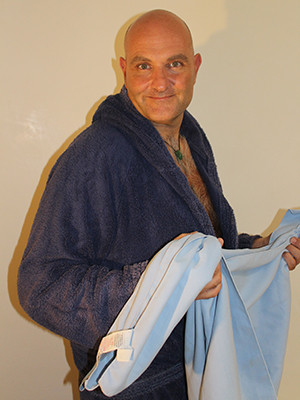